The CRISPR-based biotech startup Mammoth Biosciences is officially a unicorn, the company says.

The billion-dollar valuation comes on the back of a $150 million Series D round led by Redmile Group, with participation from Foresite Capital, Senator Investment Group, Sixth Street, Greenspring Associates, Mayfield, Decheng Capital, Plum Alley and NFX. Combined with a late 2020 Series C round of $45 million (which included participation from Amazon), this brings the company’s total financing to $195 million.

Mammoth Biosciences has been a major player in the CRISPR space since its founding in 2017. CRISPR, put simply, is a pair of biological scissors that can cut and replace genes in cells and living organisms, opening up the potential to perhaps permanently cure genetic disease, and perform DNA-based diagnostics.

One of the company’s four founders is one of the original discoverers of CRISPR, Jennifer Doudna, who recently won the 2020 Nobel Prize in Chemistry along with Emmanuelle Charpentier for their 2012 work demonstrating CRISPR could be used to cut DNA. The company’s other co-founders are Janice Chen (CTO), Lucas Harrington (CSO) and Trevor Martin (CEO).

There are a handful of other CRISPR-based companies out there, including a number that are already publicly traded. This unicorn milestone stands as a sign that Mammoth’s unique approach to CRISPR could help it distinguish itself in that landscape.

“It’s a milestone,” says Ursheet Parikh, the co-leader of Mayfield’s engineering biology investment practice. “I think the company has a long way to go from here. This round and this valuation are just signifying the promise of this stage of what the future will hold,”

Parikh says he sees Mammoth as a CRISPR “platform.” Mammoth has been discovering new types of CRISPR systems that could be used to solve specific biological problems.

“The best analog is, before you had Intel and Microsoft, if somebody wanted to build a new application, they would have to build a whole new computer function with an operating system,” says Parikh. “You don’t have to build a CRISPR solution from the ground up. You can work with Mammoth to find the right proteins for specific problems.”

The CRISPR system most people think of when they hear the phrase is a two-part mechanism called CRISPR/Cas-9. The actual molecular scissors that cut DNA (and allow for the editing to happen) is typically the Cas-9 protein. However, there’s a whole ecosystem of Cas proteins out there that can also cut DNA, and as Mammoth’s leadership argues, can do so even better in the original, depending on the application.

Mammoth is creating a “CRISPR toolbox,” or a collection of different Cas proteins. You could think of them as different types of scissors that each have their own specific use cases.

In August 2020, for instance Mammoth licensed a family of proteins called the Casɸ family from UC Berkeley. These proteins were discovered by a graduate student team at UC Berkeley, and reported in papers published February 2020 in Nature in July 2020 in Science.

This family is an ultra-small version of the typical Cas9 proteins that may make it easier to develop therapies in living people, and could enhance the precision of gene editing. Mammoth has also characterized a Cas14 system, another family of ultra-small proteins that latch on to different target sequences in the genome (like landing pads that tell Cas proteins approximately where to cut) than the Cas9 proteins do.

“Mammoth was really founded with this idea that there’s this whole universe kind of a CRISPR that goes beyond the legacy systems like Cas9,” says Martin.

The original CRISPR/Cas9 system has been the subject of a patent battle between the University of California Berkeley and MIT’s Broad Institute, where scientists also discovered CRISPR around the same time.

The newer Cas proteins, not part of this patent battle, allow Mammoth to completely sidestep that concern. “The patent disputes that the Broad is involved in concern legacy CRISPR-Cas9 systems. Mammoth’s systems are not Cas9-based, so they are not subject to these disputes,” Martin clarifies.

In essence, Mammoth has been building up a collection of proprietary tools that might later be put to use. Though the possibilities are nearly limitless (genetic medicine or CRISPR-based diagnostics), many of these therapeutic products don’t exist quite yet.

2020 was a big year for CRISPR therapeutics due to an influx of new clinical trials, suggesting therapeutics are just beginning to work their way through the regulatory requirements — though approvals are still far off.

Companies like CRISPR Therapeutics and Vertex Pharmaceuticals have announced promising results from trials on CRISPR-based beta thalassemia and sickle cell treatments. And this summer, Intellia Therapeutics (another company co-founded by Doudna) and Regeneron took the field a step further, showing that CRISPR-based treatments injected directly into the body were useful in silencing a gene that causes ATTR amyloidosis, a disorder where proteins produced in the liver are misfolded (this can lead to complications, like heart failure over time).

Mammoth’s niche in the expanding world of CRISPR therapeutics, notes Martin, will be a focus on in-vivo applications (or therapies delivered in the human body), which he argues their CRISPR toolbox may enable.

“We don’t have a timeline [for potential products] on the therapeutic side but we’ll definitely be releasing more information over the next few years and we’ve been really excited about the technical results so far,” says Martin.

Diagnostics, however, is already an area where Mammoth could distinguish itself sooner rather than later. There, the company is already working with partners to create viable products.

Mammoth has continued to straddle both worlds of diagnostics and therapeutics, despite “pressure” to fit into one box or the other, says Parikh. The unicorn valuation, he adds, is an additional sign that the company’s technology can operate in both worlds.

“I think what this milestone, this round, does, is validate their approach to company building, which was really to focus on an area of expertise, rather than just putting themselves in a box, of diagnostics or therapeutics,” he says. 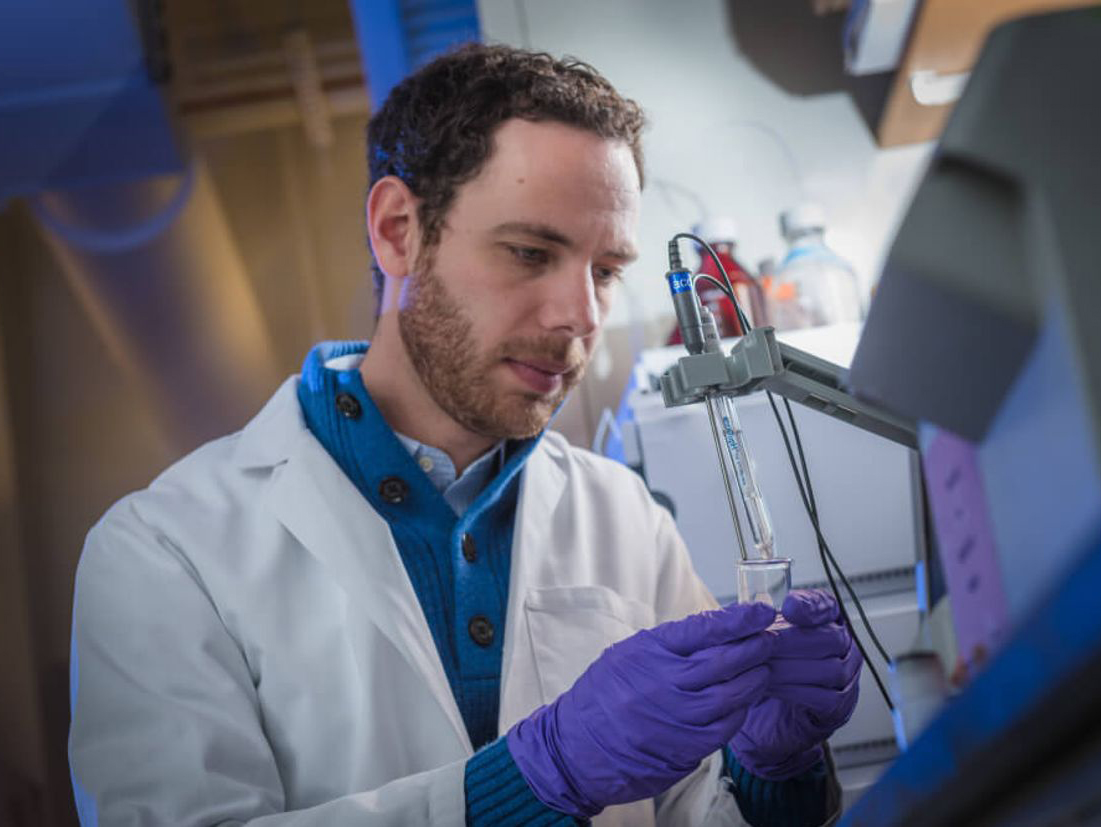